When a job offer from ESI was still waiting for Scott after 25+ years, maybe his career in HVAC/R was always ‘meant to be’. 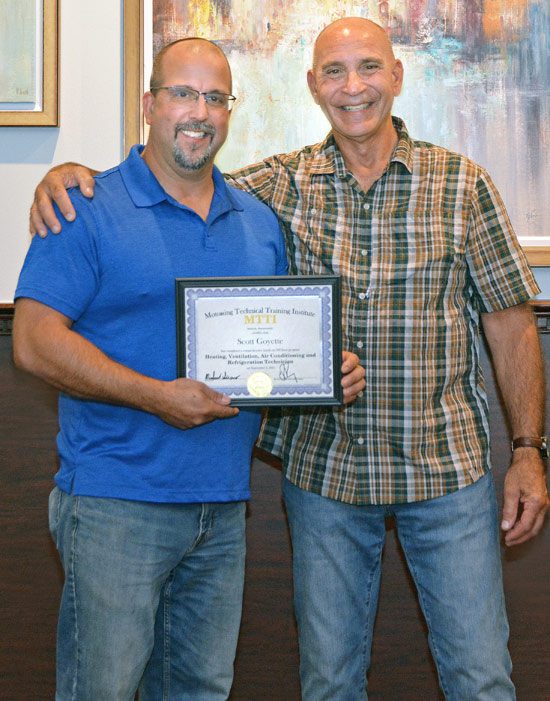 I was shocked when, in the 27th year of my career, the company I worked for was sold.

It came out of nowhere. We were attending a jewelry trade show in Italy one week, talking about how I would be working to improve production. A week to the day after we returned, my boss called us to a meeting and told us he had sold the company—it was moving overseas. The company I had counted on working for until I retired would no longer be here. At 47 years old, it was tough to decide where to go with my life and career.

25 years earlier, ESI had offered to hire me as a ‘tin knocker’—a sheet metal apprentice.

The original owner, Robert Elliot, was the father of my good friend, Shawn Elliott, who I’ve known since first grade. Shawn now runs the company. Back when Robert was alive, I did some landscaping on the side—and ESI was one of the companies whose facility we landscaped. I talked with Robert about feeling that my job at F.E. Knight wasn’t the best. I seriously considered his offer to hire me, but felt reluctant to start at the bottom and have to work my way up. I got promoted and became Head of Maintenance at F.E. Knight, so I stayed on. Robert told me, “Scott, there is always a job waiting for you at ESI, if you ever need one.”

During the 27 years I continued working at F.E. Knight, I talked with a lot of Techs from ESI.

ESI serviced the heating units in our factory warehouse. Every time a Tech came to fix a unit, I asked him what he thought about the company. The answer was always that ESI was the best place he had ever worked.

After the company closed, a career in HVAC felt like the best fit for my skills and experience.

But the decision to go to back to school was very tough. I hadn’t been the best student in high school, and had no formal training beyond high school. Given my age, it was important this time that I do well in school. My wife searched online and found MTTI’s HVAC/R Technician program. We read the program information and the reviews, which were very positive. When we visited the school, I liked the facility and how the equipment was set up. I knew I would get a good hands-on education; hands-on is how I learn best.

My old friend, Shawn put me in touch with his Service Manager at ESI.

I wasn’t aware at that time that Mike Muratori had a connection to MTTI—he has been serving on the HVACR Program Advisory Committee since the program began. Mike told me that MTTI is the best school around—they teach what you most need to know to work in the field. More recently, some Techs I’ve worked with told me that their school didn’t do a very good job of teaching electrical. At MTTI you learn to read the schematics and know the order of operations—the training in electrical helps you troubleshoot problems on-the-job.

On my first day in class, I realized I was one of the oldest students.

A lot of my classmates were 19, 22, 23—much more than just a couple of years younger. Thinking I’d be the ‘old man’ in the class, I expected I would always be behind in everything. I was pleasantly surprised to find that having some experience with electrical and plumbing gave me a huge leg up. Eventually, some of the younger students would come to me for help when they had questions. That opened up the door communication between us. I had more experience, but the younger guys had a fresh set of eyes.

Before enrolling at MTTI, my friend Shawn reaffirmed his father’s promise.

“There’s a job waiting for you here,” Shawn said. Mike Muratori told me the same. Instead of providing an internship, Mike said, “We’ll hire you. If we’re not happy with you, we’ll just fire you.” I told him, ‘That works for me!’

Starting over was harder than I thought it would be.

I felt that everyone I would be working with at ESI knew so much more than I did—and I wasn’t used to that situation. I had been the one at my old job who knew everything; people would come to me to solve the problems. It was hard being the one having to learn everything from others.

My first day out in the field was humbling.

After a week of orientation classes, Mike put me together with an experienced Tech, Jason. He’s a great guy and very smart. We drove to a building located on Memorial Drive in Cambridge and went up into the penthouse—it might as well have been a submarine, for all I understood about what was going on in that room. I had learned on mini-splits and window units; this was a 6-story building that used chilled water and hot water to heat and cool, as opposed to refrigerant, and houses a machine that’s the size of a tractor trailer truck. Way more than I had expected to see on my first day, I felt overwhelmed. Maybe I had made the wrong decision to become an HVAC/R Technician!

The day got better after realizing that Jason didn’t expect me to know anything.

I assisted when I could, basically holding ladders and just asking questions to learn more. Two days later I ran into Mike in the shop, and he asked me, “So how’d it go on Monday?” I said, ‘Mike, I had no idea what was going on.’ Mike laughed and said the he and Manny, the Assistant Service Manager, had laughed together when they decided to send me there. “We’ll just send him with Jason and see how he handles it.” I felt better that they had understood, before sending me to that building, I wasn’t going to have a clue.”

Since that first day, it’s been great; my job is very exciting.

I’ve been all over the Boston area and just into northern Rhode Island. I’ve done a little bit of everything, from preventive maintenance (changing filters, checking belts and heat exchangers), to repairing and replacing compressors, contactors and other electrical components, relays and fan motors. They’ve started to pair me with techs for troubleshooting calls. I’m seeing and learning new things every day that test the limits of my knowledge, for sure.

I’m all about being a service tech.

That’s where I want to stay, where I am right now and just rise up the ladder.  I’ve learned that employers value mature workers; at 47 I have a lot of good working years in me. I’ve got a family to take care of, so the opportunity to work in the HVAC/R industry—and be successful at it—means a lot to me.

Attending the HVAC/R Program at MTTI was well worth it.

Mike Siravo, my instructor, always answered my questions. He explained things well and helped us work through mistakes we made while learning hands-on in the shop. The facility is very good, with a plenty of equipment for hands-on learning. The curriculum is clear in how it progressed from the basics of electricity to the specifics for air conditioning, oil and gas.

I had a really good experience in the program.

Personally, I’ve learned that I’m actually a good student. I look back to when I was high school, and recognize that I’m smarter than my high school grades reflected. I put the effort into the HVAC/R program, studied hard, and did well. 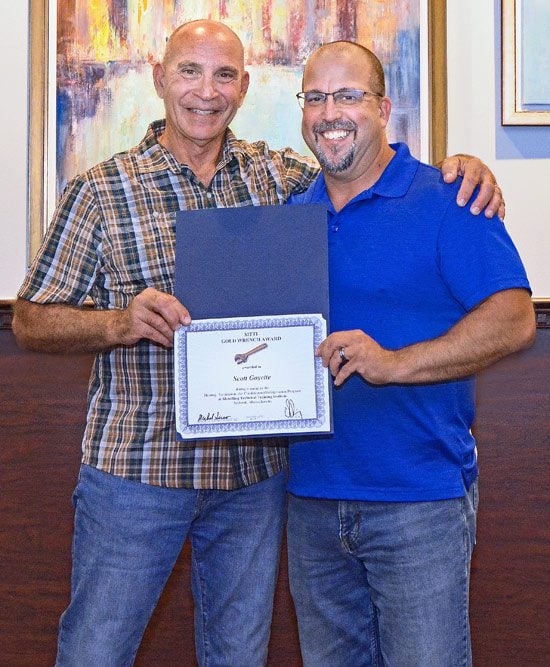 HVAC/R is a wonderful career—it’s an up-and-coming trade.

It’s a very in-demand job. The pay is good. With a few years of experience, I could pretty much go anywhere in the country and find work. My wife and I talk about possibly retiring in Arizona someday. She’s a nurse, so there’s always a need in healthcare, and especially in Arizona, there’s always a need for someone skilled in HVAC. ESI is based in New England, but the company is growing. I’m hoping by the time we’re ready to move, they’ll have expanded nationally, so I can move and work in an Arizona branch!

I’m circling back to what I thought I had left behind.

I’m thankful for my wife, who as an essential health care worker, provided for our family so I could concentrate on school. And for my brother—he’s a very good man; thank you for helping me. I am also thankful for everyone at MTTI—you guys have been such a big part of my life in helping me rebuild my career. Maybe it is fate, it is certainly good fortune, that ESI was willing to wait to hire me for 25 years. My wife and I are grateful.